Kimmapiiyipitssini: The Meaning of Empathy

Come watch one of the year’s most moving documentaries and join our curated discussion on the themes of the film.
When you register for this event, your confirmation email includes a private link to participate in the Kímmapiiyipitssini: The Meaning of Empathy screening and discussion. The film will be available to stream one week before the live discussion event.

Kímmapiiyipitssini: The Meaning of Empathy is a co-production between Seen Through Women Productions and the National Film Board of Canada through their North West Studio. The film follows filmmaker Elle-Máijá Tailfeathers as she creates an intimate portrait of her community and the impacts of the drug poisoning epidemic. Witness the change brought by community members with substance-use disorder, first responders and medical professionals as they strive for harm reduction in the Kainai First Nation.

Contextualized in the historical and lived trauma of settler colonialism, Kímmapiiyipitssini: The Meaning of Empathy draws a connecting line between the impacts of colonialism on Blackfoot land and people and the ongoing substance-use crisis. The film asks the audience to have love and hope for those who are marginalized by addiction and racism.

This film is the winner of the Rogers Audience Award for Best Canadian Documentary at Hot Docs Festival and was selected as one of the best documentaries of 2021 by POV magazine.

This screening is being jointly presented and promoted by SFU’s Vancity Office of Community Engagement, Canadian Drug Policy Coalition, Moms Stop the Harm, Students’ Association of Keyano College (SAKC), Nistawoyou Association Friendship Centre, First People’s House at the University of Alberta, First Nations Health Authority, BC Centre on Substance Use, BC Association of Friendship Centres, Directors Guild of Canada BC and BC Centre for Disease Control.

If you wish to support more screenings promoting the use of film for impact, please donate here: https://www.storymoneyimpact.com/donate 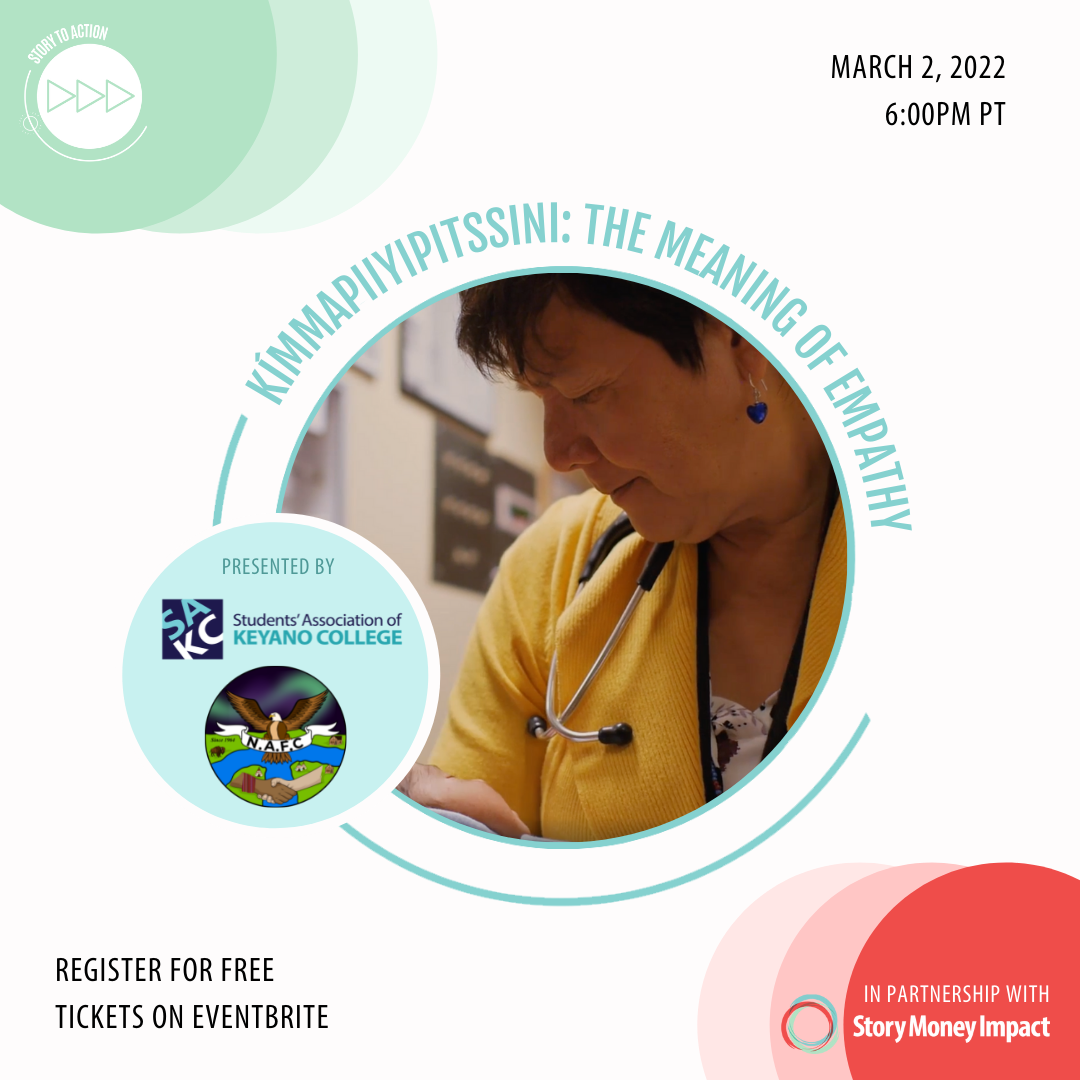