Ben first took the stage 11 years ago, and has since made his mark as a crowd favourite across Canada. Providing a unique perspective as a Jewish amputee who grew up in the prairies, Ben had little choice but to end up as a comedian. He manages to combine an honest and raw delivery, with a unique storytelling ability that creates immediate connections with audiences of all types.
His resume notably includes standout performances at the Edmonton Comedy Festival, the Okanagan Comedy Festival, and at the World Series of Comedy in Las Vegas.
You can also find Ben in TV shows including Fargo and Hell on Wheels, as well as in the Oscar award-winning movie, The Revenant.
Ben’s engaging delivery and relatability combine to leave audiences doubled over in laughter.
We have Kokanee beer and Chicken Strips & Chips on special.

Tickets are available in advance at guest services for the Summer-fun price of just $10, or you can try your luck at the door. Doors open at 6pm, show starts at 8pm.
*Talent subject to change without notice.
*As an open format adult comedy show, we do not have control over the comedian’s material. There may be explicit content.
Visit website 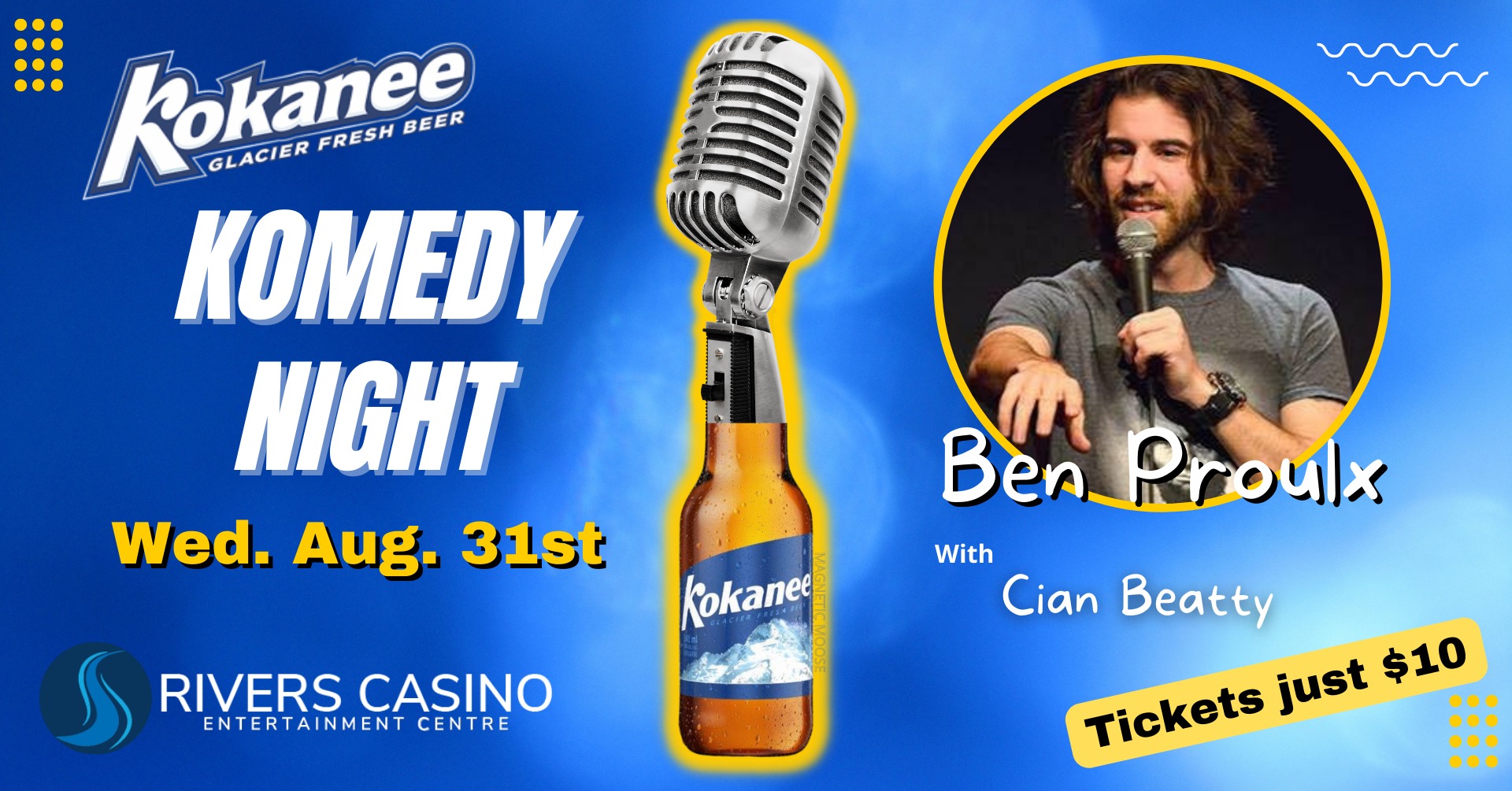