Braydon Lynch is a stand-up comedian, actor, and improviser who grew up in small town Kindersley, Saskatchewan. He now hangs his hat in Toronto and has been working his craft on stages across the country. He has trained with Second City and made appearances at FunnyFest, Your Hood’s a Joke, and the Rusty Nail Comedy Festival. He is one of Canadas fastest rising talents and is a club regular at The Corner Comedy Club in Toronto.
In 2018, Braydon founded Cowbell Comedy which has quickly become one of the hottest tickets in Toronto. Producing shows at venues like Comedy Bar, SoCap Theatre, Junction Craft Brewing, and The Rec Room.
He was named as one of the 10 Canadian’s Who Killed in Comedy in 2021, Don’t pass up the opportunity to see this dynamic performer.

We have Kokanee beer and Chicken Strips & Chips on special.
Tickets are available in advance at guest services for just $10, or you can try your luck at the door. Doors open at 6pm, show starts at 8pm.
*Talent subject to change without notice.
*As an open format adult comedy show, we do not have control over the comedian’s material. There may be explicit content.
Visit website 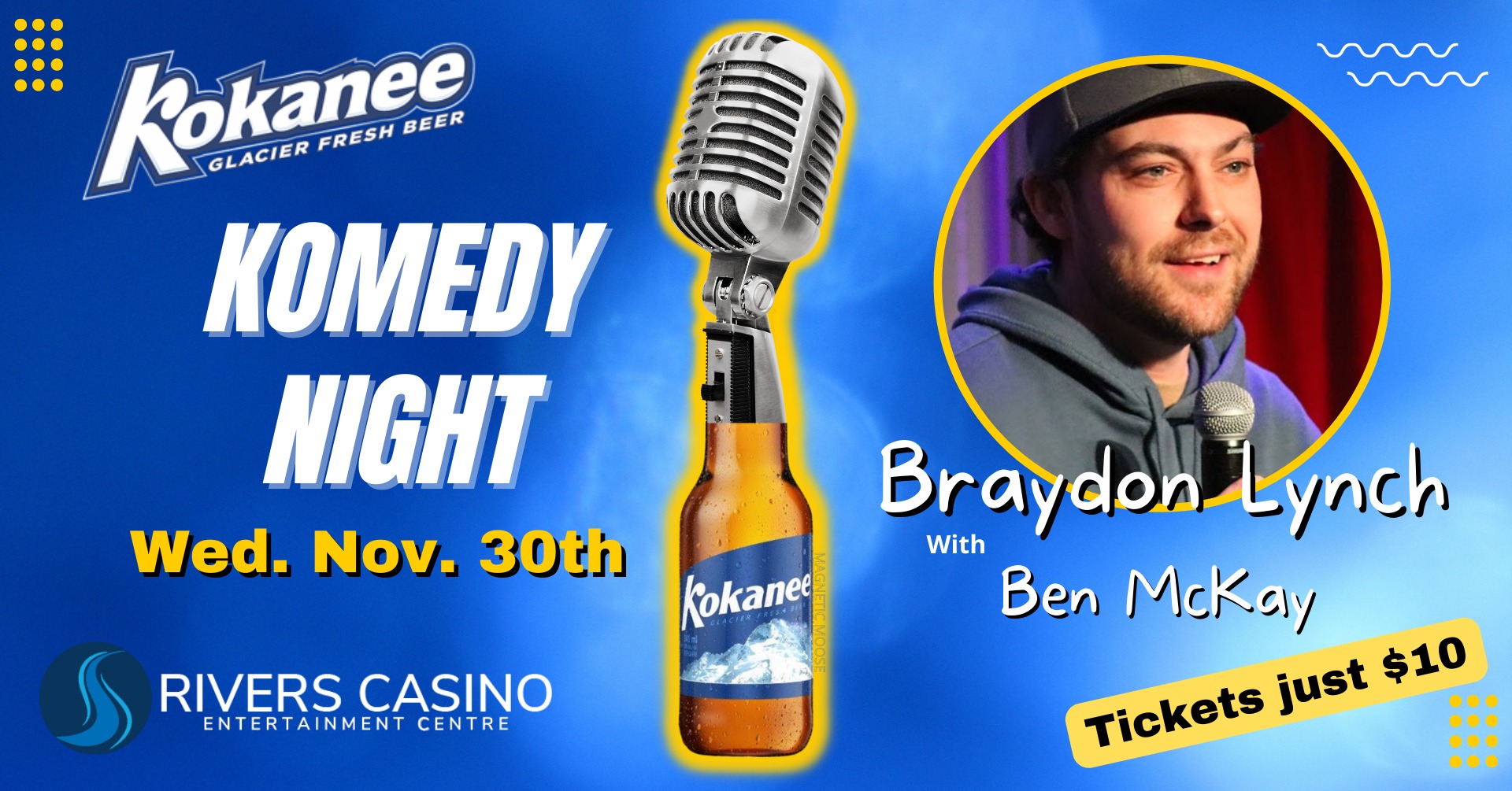