Raised in a small town in Canada and now residing in the big city of New York, Michael Harrison has become a favorite at clubs all over North America, Asia, and Europe! With an engagingly relatable and energetic style, Michaels humor garners accolades in whatever situation you put him in whether it be a college, corporate, church, comedy club, cruise ship, or bar.
Besides amassing a ridiculously busy touring schedule, Michael has found the time to parlay his talents into film and TV. He has acted and been featured in several projects including Much Music’s Video on Trial, NBC’s The Bridge, Queer as Folk, the TBS movie The Jazzman and as a co-host on E-West. His stand up was also featured in his very own nationally syndicated half hour comedy special!
Avid radio listeners may have also heard his comedy on several programs all over Sirius XM where he is in constant rotation. His comedy album “Freak Laugh” debuted at #1 on I-tunes. Michael has also been featured in several prestigious comedy festivals including Just for Laughs in Montreal, the Clean Showcase show at Laughfest, and as the main headliner at the Windsor Comedy festival.
Charming, candid, and laugh out loud funny, Michael Harrison is an act you will want to see over and over again.

We have Kokanee beer and Chicken Strips & Chips on special.

Tickets are available in advance at guest services for just $10, or you can try your luck at the door. Doors open at 6pm, show starts at 8pm.
*Talent subject to change without notice.
*As an open format adult comedy show, we do not have control over the comedian’s material. There may be explicit content.
Visit website 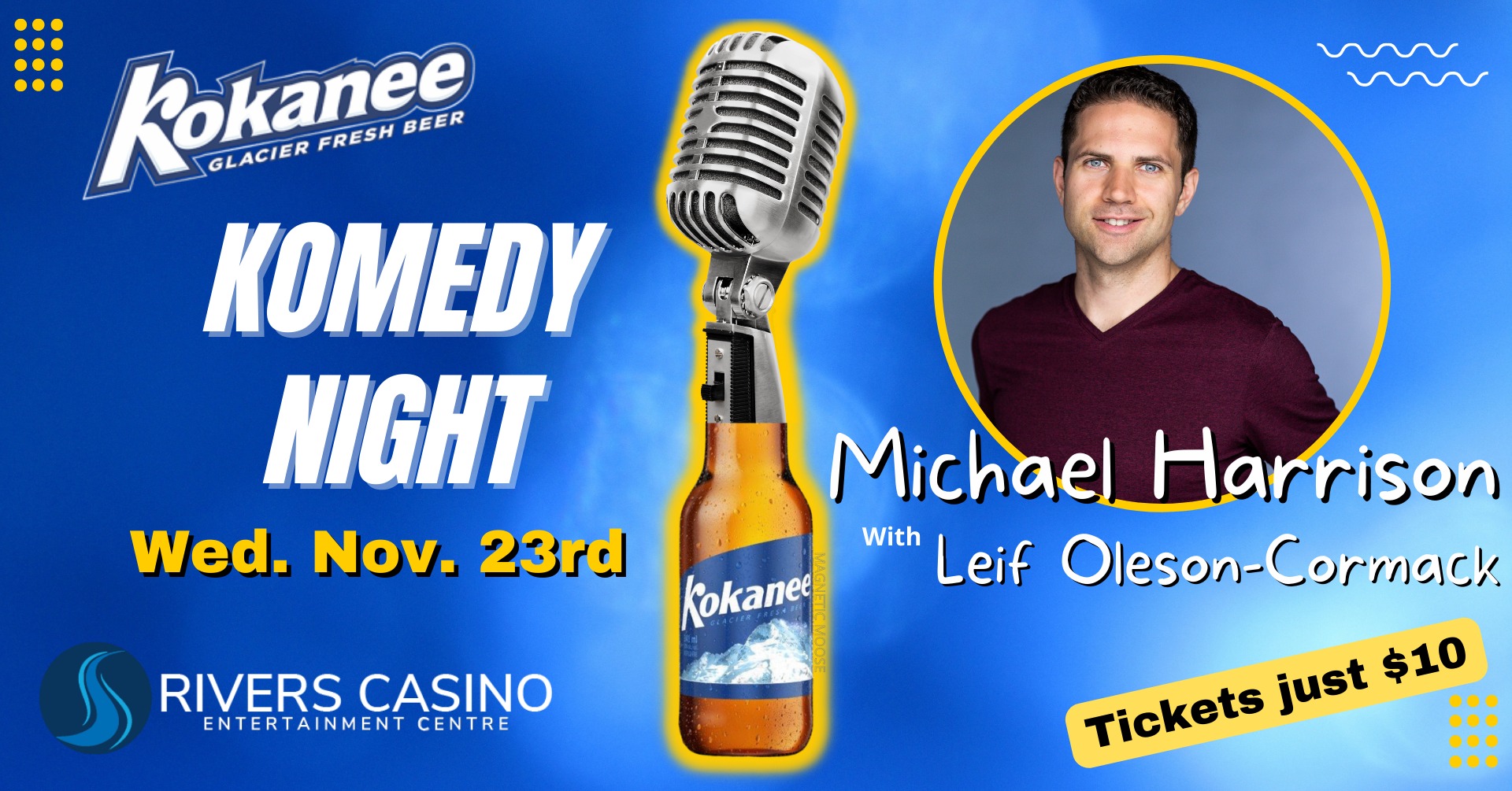