Are you interested in coding but have zero knowledge in the area??

All you need are some basic math skills to join this diverse workshop series that will take you on a journey of coding and creating your own App!

The Swift programming language emerged from Apple’s compiler development team as a successor to the ObjectiveC language, which Apple used to build its own apps. Swift was designed to be expressive and powerful and its introduction ignited a revolution in third-party app development. Swift is an open-source next generation language that is ideal for beginning developers and experts alike.

Join us for one, two or six themed workshops that will take you through the process of learning the Swift language and contribute to developing an app. Participants who are complete beginners will use Swift Playgrounds on the iPad, a code prototyping app that accelerates learning and code development. More advanced participants may be introduced to XCode, Apple’s code development platform if they prefer.

Even though this has been created as a series of workshops, you can join any and all sessions and will find value in these workshops!

Participants do not need anything to join, BUT if you have your own iPad with a current operating system, that is definitely a bonus! 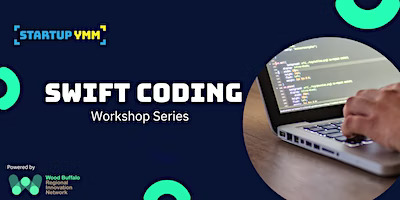